How Much Does Lebron James Spend on His Health?

How Much Does Lebron James Spend on His Health?

Lebron James. You may have heard of him.

He’s a multiple NBA Championship winner along with multiple regular-season MVPs and four-time NBA Finals MVP. But he’s also a business tycoon with numerous successful ventures running and a proponent for health. He sleeps up to 12 hours per day to make sure he gets the rest and recovery needed to stay at the top of the NBA at the age of 35. Lebron is still so good that he and the Lakers are +325 to win the NBA title on Intertops [Full review] again next season – tops of the odds boards.

But how much does Lebron Spend on his body and health?

We mentioned that Lebron sleeps around 12 hours per day. He does this with the help of an app called Calm. I actually used this app as well; it’s great. So, we could say that he is spending 59.99 a year on Calm– or that he probably has the cheddar just to get the lifetime subscription for 299.00 dollars. But Lebron came out and publicly stated that he uses the app to get a great night’s sleep every night, so I’m sure it’s the other way around at this point. Calm is probably giving him money, or at least he gets a lifetime family and friends membership.

Sleep is critically important. Some doctors say it’s arguably the single most important aspect of a healthy lifestyle. If you are going to spend money on something, you can look at a perhaps spendy mattress, but the right one for you, as an investment. Other aspects, like blackout curtains and ancillary items that make your sleep hygiene better, are also likely worth the expense.

A couple of years ago, an article came out, which laid out a seven-figure annual budget just for staying in shape. According to the post, the 1.5 million covers his gym, trainers, and all of the equipment he purchases throughout the year.

However, it also includes the fact that he uses cryo chambers. For recovery. This treatment works like a super ice bath, which helps relieve pain and inflammation. The freezing temperatures help to numb inflamed nerve endings as well.

LeBron also spends a good amount of dough on Hyperbaric Oxygen Therapy. When I was a kid, I remember that Michael Jackson did this. But beyond athletes, this is also a therapy favored by natural paths in the treatment of cancer. Essentially, it’s the opposite of what happens at high altitudes. You get into a chamber where oxygen is pumped in at more than one atmosphere of pressure, hyper-oxygenating your cells, which reduces inflammation.

He also uses the Normatec boot and full-body sleeves. However, these only cost about a thousand dollars, and a little under two-thousand for the full-body. The Normatec Boot warms the legs and hips for pre-workout readiness and also for post-workout recovery.

It may seem excessive. But when your body is your business, it makes sense to invest in it. I should restate and say, it makes sense for everyone because our bodies are our vessels. It’s the meat-suite our spirit rides in, and as far as we know, we only get one. So, investing in optimal physical health should be a no-brainer. Still, LeBron earned 92 million dollars just for NBA salary and endorsements in 2019-2020 (this doesn’t count capital gains or earnings from previous investments). So, when you are making around 100 million dollars per year. A million dollars or two on your health is just one to two percent of your income. That’s the equivalent of a person who makes 55K per year spending between $550.00 and $1,100.00 per year on gym memberships and everything else they need to stay physically fit. Average gym memberships easily run 700 dollars or more per year. Then if you add yoga or any equipment purchase, clothing required for exercise, etc., you’re right in that two-percent ball-park.

So, LeBron James spends around a million and a half per year. But given his earnings, he spends less of his income on staying fit than most fitness-conscious people in America.

« Displaying Incredible Work In The Editing World, Raghu Gudiveti
Splurge Or Save – Are These Five Common Beauty Treatments Worth The Investment? » 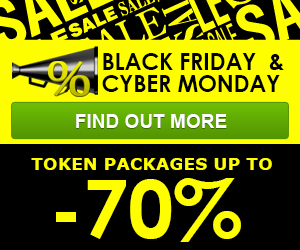